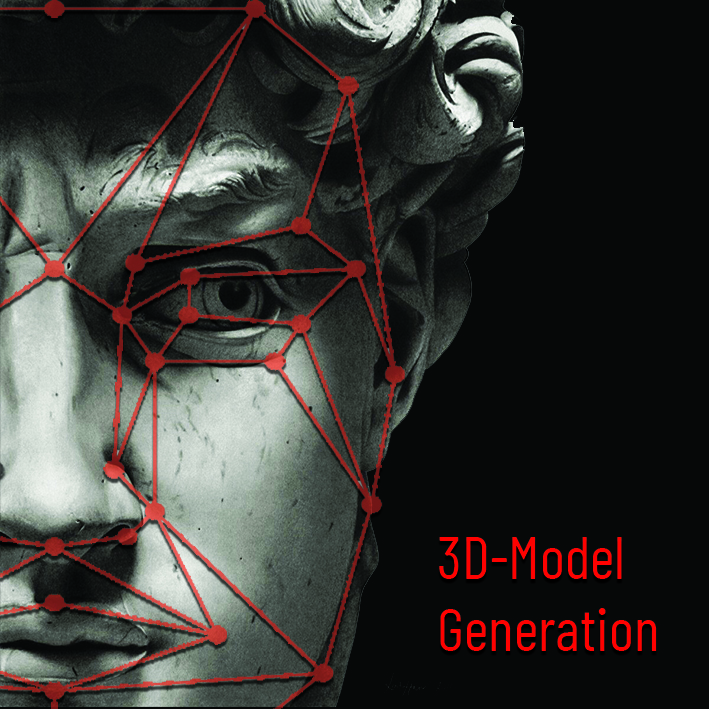 The role of museums is shifting from that of an institution which mainly collects and stores artifacts and works of art towards a more accessible place where visitors can experience heritage in more engaging and interactive ways. As such, information and communication technologies have great potential for assisting not only in the documentation and preservation of information, such as images or 3D models about historical artifacts and works of art; but also for creating interactive ways to communicate.

Today, the digital model has become essential for scientific documentation and analysis. However, with the rapid development and spread of 3D technology, there is an urgent need to integrate and customize the related visualization and analysis tools to support the specific needs of users within the Arts and Humanities research communities. The high accuracy of range scanning technology makes the Cultural Heritage domain one of the ideal fields of use of the technology. 3D digitization is valuable for many purposes, including conservation and preservation, reproduction, research, education, exploration, and creative or tourism-related reuses.

The development of methods of 3D models formation in the direction of obtaining realistic representation of collections of various objects opens up opportunities for formation of 3D collections of museum objects of high quality, both to ensure preservation of originals, and to expand availability of high-quality digital copies of museum exhibits. Technologies for visualization are constantly being developed and at the moment no single technology can fulfill all applications. Such technologies vary in ease of use, size, shape, stereo capability, cost, type of view and their usage depends on the specific characteristics of the installation. Experiencing the technology and the ease of accessing the required equipment specified for each need, made the point that the use of 3D technology in museums and cultural fields is inevitable.

Easy access to object 3D-model generation, how can help small and midsize companies to develop their business and find new markets.

3D modeling is presented in many aspects of our lives and has a great influence on modern society. This article looks at how 3D modeling brings benefits for small and medium-sized enterprises for expanding their business and discovering new opportunities.

First of all, we explain what 3D modeling is. This is the process of using advanced computer software to generate detailed 3D models. A basic shape is created, and if needed, things such as movement paths and joints are considered. Textures can then be applied to give the model a realistic appearance. This whole process can create some unbelievably detailed 3D models. The programs that make these models are highly advanced and come in a myriad of different forms. One of the most famous examples of 3D modeling software is AutoCAD.

Here are mentioned some of the most beneficial factors of this cutting-edge technology for helping develop a small/medium size business.

1.     High speed in designing and building a high-quality prototype

In the past, it could take a long time to draw a 2D model; but today, by using advanced software, an engineer can create a 3D model with many details in much less time. Also, making a physical prototype took a lot of time and resources before; while these days, 3D printing has abled us to make a prototype with different kinds of material (plastic, wood, glass, etc.) to assure manufactures about the right material and the quality of the new products.

Experts can examine all aspects of a 3D model virtually and find its weaknesses and shortcomings. Because a 3D model can be drawn on a real-world scale and present its state to its environment, it would help reduce potential risk before producing the model in mass.

Before launching a new product, marketing experts can show its 3D model to end-customers to understand their needs and predict how well the product would be successful in gaining popularity in the market.

Finally, a start-up or a small and medium-size company can benefit from 3D modeling to go beyond their boundaries with minimum time, cost, and risk since this technology indicates all aspects of a project at one glance. 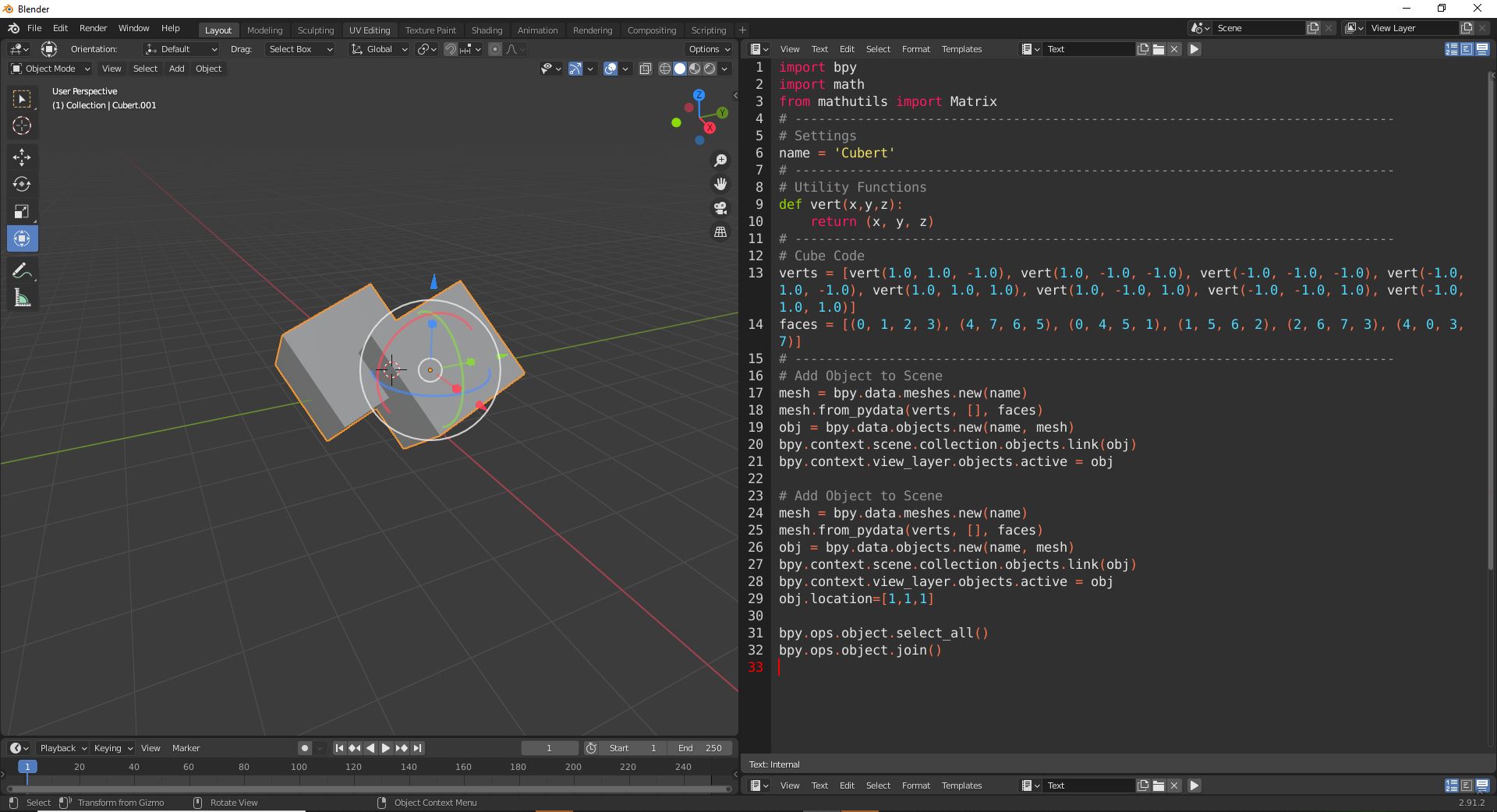 This is a code by python language and blender application. In this process, objects are created by matrix points.

When this code is run, we will have an object as a target. After that we can use it in next step.

I am Soroush Sarabi, I want to tell you a story about Green Box!

Many years ago, I was a lecturer and director of the Information Technology Department of one of the largest educational centers in Iran called "Tehran Institute Of Technology."

After a while, Ameneh Shadlo, previously a programming instructor, started working with my department as a programming instructor. We worked at that training center for several years. After a few years, we decided to establish our own private company in software engineering and artificial intelligence. In early 2014, we found the "Danesh Afarin Bikaran" Company. During the first few years of our company, we carried out various projects. These projects were in multiple areas of applications and the use of artificial intelligence in businesses. One of our most important projects was Mita software. Mita was a very complex software for managing loyal customers of different companies. One of our customers at that time was "Ronasteb" Company. At that time, Ali Soltanmoradi was the CEO and Marketing Manager of Ronasteb. We implemented the Mita project in Ronasteb well and became close friends with Ali Soltanmoradi. Ali Soltanmoradi later separated from Ronasteb and traveled to Turkey and several European countries for different business plans. After Ali Soltanmoradi returned, he had a fascinating idea. The idea was to create a virtual shopping and service center based on artificial intelligence and AR/VR technologies. This required investment. To find an investor, Ali Soltanmoradi discussed the plan with his two old friends. Mohammad Reza Maralani and Hossein Mehdian, Ali's old friends, agreed to join us in this project.

After the team gathered, we started writing ideas in the form of technical documentation. It took several months to prepare the research and implementation documentation. Then we decided to register our idea in World Intellectual Property Organization as a patent. After registering the patent, we started the technical work. At first, we encountered various problems in the field of 3D modeling. Ameneh Shadlo and I had a perfect experience in technical work in the field of information technology. Ali Soltanmoradi was also excellent in business management. But to solve the problems of 3D modeling, we needed an experienced expert. Fortunately, we found out that Mohammad Reza Maralani, an old friend of Ali Soltanmoradi, who had started investing in the business, is an expert in 3D industrial modeling. He owns a factory that makes auto parts and also has a master's degree in industrial mechanics. His academic experience and knowledge in 3D modeling were efficient and were very useful in solving our problems. We were fortunate that there was no need to add a new person to the team.

After a while, we entered the execution section. We started evaluating the needs of the project, and we realized a vital necessity. We built this virtual shopping center based on AR/VR technologies, so all our customers needed to have 3D models of all their goods to put them in virtual stores. We started researching 3D modeling methods. We find that all available ways for making objects three-dimensional have several significant problems. These methods are expensive, time-consuming, and require a specialist to perform. Because our customers in this virtual shopping center had to make many objects in 3D, they had to pay large sums of money with the existing methods. As a result, they refused to cooperate and participate in our project. Under these circumstances, we could not start our business. We faced a big challenge. Since Ameneh Shadlo and I had spent many years researching the application of artificial intelligence in various tasks. Also had a good experience in using machine vision techniques, we find a new idea to solve the problem. Build a unique 3D imaging studio. Our concept was based on sequential photography of different directions and objects and then using machine vision methods and deep learning to produce three-dimensional models.

We focused on the aluminum frame. Its inner space was covered with green walls and including five cameras fixed on the vertical rails. The inner of the box can be lighted with many controllable lighting resources. Cameras and lights can control by AI.

Our method was high-speed, low price, and without the need for any 3D modeling experts. We used Mohammad Reza's Maralani's vast experience in 3D making. We invented a new method for making objects 3D without using the usual scanning methods.

We immediately registered our idea in the World Intellectual Property Organization as a patent and started working. While we were doing technical work, Ali Soltanmoradi developed a business model and explored potential markets for the virtual mall project. During his research, Ali realized that the issue of 3D modeling alone has an excellent call. He realized that the need for new methods to make objects three-dimensional in various businesses is dire. Creating computer games companies, online stores, exhibitions of objects and museums, education, industry, and simulation activities are some of the business that needs 3d modeling. Based on this research, we decided to establish an independent company to commercialize this new method. In 2020, after three years of activity, we established the GreenBox AI company in Canada. Ali Soltanmoradi, during his research, realized that the North American market is beneficial for the development of our business. Given the facilities the Canadian government had in place for startups, we decided to set up our company in Canada. We needed to know the North American market and a good business plan for that market. For this purpose, we enlisted the help of OGScapital. Within a few months, they prepared a business plan for us. In the meetings we had with them for consultation, they suggested that we also seek to develop business in Europe and India.